Tokyo (JP) – A safety recall has been started for certain AC-5VF power adapter wall plugs which were solely sold in the United States and Canada. They were packaged along with various digital cameras, manufactured in Japan. Fujifilm officially states that there “…have been no reported injuries, there is a risk that the wall plug may crack, break or detach and remain in the outlet exposing live electrical contacts and posing a shock hazard“. This affects the units manufactured from June 2016 onwards, depending on the camera model (see listing further below).

It is recommended to check your own Fujifilm digital camera on the dedicated Fujifilm Support & Contact website. You can use the “Search Tool” to check whether your device is affected by this recall. The manufacturer offers its customers to replace the wall plug and associated adapter unit free of charge. 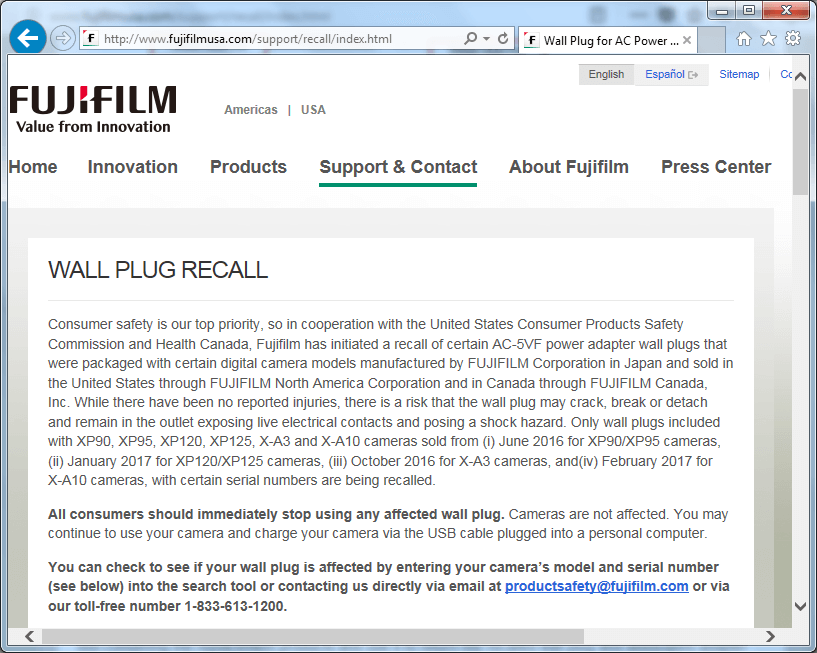 NOTE: You can check your camera’s serial number with the currently affected wall plug on the following Fujifilm website. If the serial number of your camera is not listed, a recall is not necessary. – Any affected digital camera can still be used by charging the battery via the USB cable plugged into a PC. 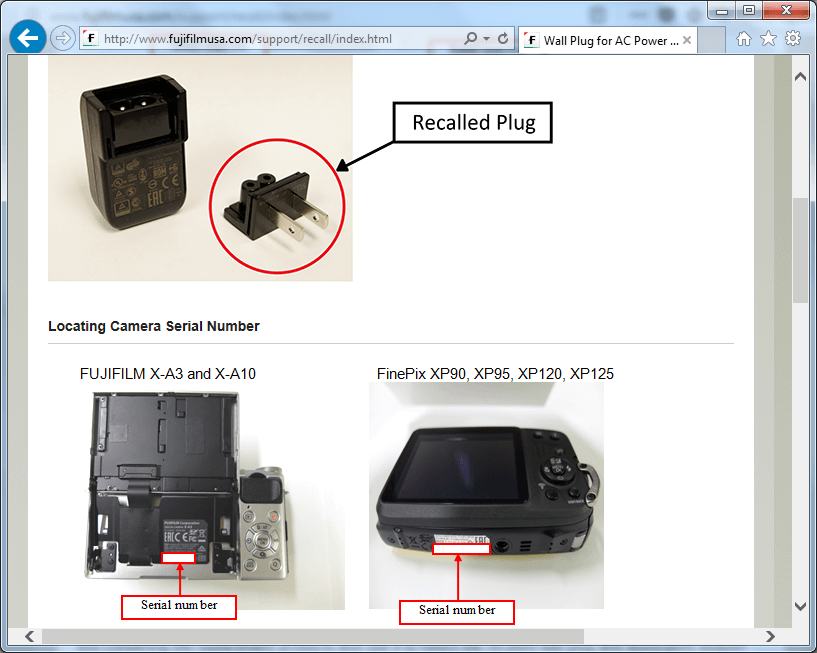 In case your serial number matches the list, you will be asked to contact the customer service. You will have to provide the necessary information (name, address, telephone number, model name, serial number of the camera accompanying the wall plug unit) in order to return your wall plug free of charge. The customer service department can be contacted via email at productsafety@fujifilm.com or by telephone at 1-833-613-1200. Customer service representatives are available by telephone at 1-833-613-1200, 9 a.m. to 8 p.m. ET Monday-Friday.