The US technology company Apple Inc. is recalling three-prong AC wall plug adapters worldwide. The adapter might cause an electrical shock.

Cupertino (CA) – The iPhone manufacturer Apple officially started a product recall on April 25, 2019. The affected three-prong AC wall plug adapter, mainly used in United Kingdom / Singapore / Hong Kong, might “…break and create a risk of electrical shock if exposed metal parts are touched”. It has been sold from 2003 to 2010 along with Mac and certain other iOS devices and was also part of the Apple World Travel Adapter Kit. 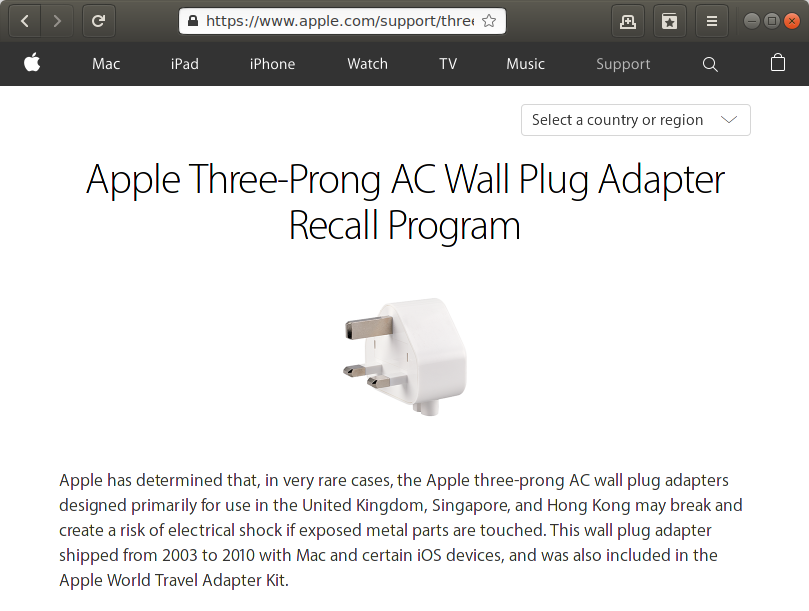 It is recommended to visit the Apple support website. Any affected device will be serviced free of charge. However, the manufacturer points out that the following restriction applies for this recall: 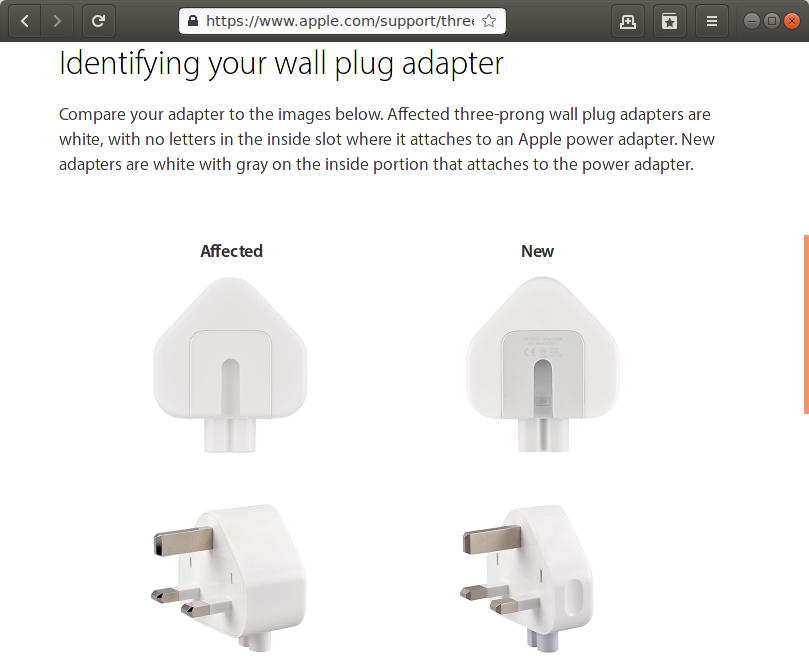 You can select one of the following contact options to organize the free exchange: