The US technology company Apple Inc. is recalling the iPhone 7 in some countries. A component of the motherboard fails after a while.

Cupertino (CA) – The iPhone manufacturer Apple officially started a product recall on February 02, 2018. The affected iPhone 7, which was manufactured between September 2016 and February 2018, may display “No Service” in the status bar even though sufficient network coverage exists. The reason for this erroneous  message might be a defective component on the main logic board.

According to Apple, only iPhone 7 devices are affected and which were only sold in the regions of China, Hong Kong, Macao, USA and Japan. These models can be easily be identified by checking their number on the back of the device.

It is recommended to visit the Apple support website. Any affected device will be repaired free of charge. However, the manufacturer points out that the following restrictions apply for this recall: 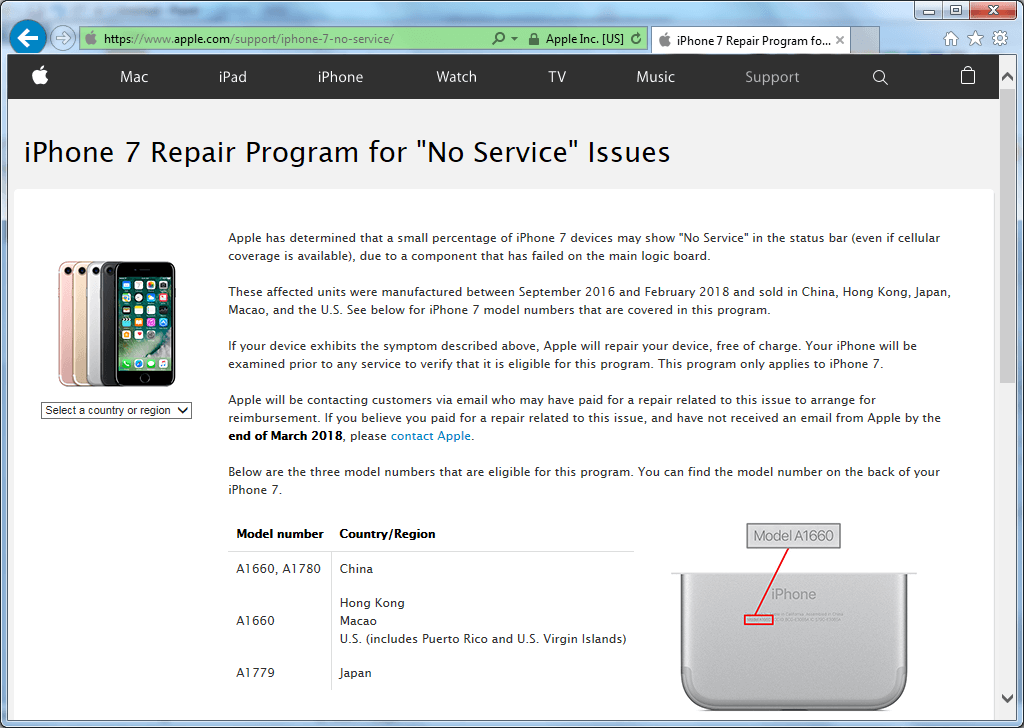 If you have previously repaired the iPhone 7 for this defect, you will be contacted directly by Apple for a refund of the amount paid. In case you do not get contacted within the next few weeks, please get in touch with Apple latest by the end of March 2018. Otherwise, you can select one of the following contact options to organize the free repair: